Practical guide to être and avoir

Etre and avoir verbs can also be a tad confusing, especially for beginning learners in French. You will find them in a lot of online conversations and resources.

Thankfully, we’ve compiled a practical guide to être and avoir so you know exactly how these French verbs work.

Conjugating être and avoir in French

The two verbs être (to be), and avoir (to have) are the basics in French . You need to understand the use of these verbs in order to master the French language. In addition, they become auxiliary to make compound tenses as we will see a bit later on.

How to conjugate avoir (to have)

As you will see, unfortunately, avoir is pretty irregular. But don’t worry ! Start with the present tense and the stems which are fairly simple. Then conjugate them in imparfait (imperfect) and futur simple as follows :

Additionally, you can find in-depth conjugations of these two verbs (and more) of the Futur simple and Futur proche.

How to conjugate être (to be)

Etre is also quite different from one tense to another. This is a lot to remember, so don’t try to memorize all tenses at once.

Avoir is one of the most important French verbs. Let’s see how we can use it in every day conversations.

In addition, être is essential in French and used on a daily basis, especially to describe people.

Être or avoir as auxiliary in compound verb tenses

In addition to being very common verbs in French, être and avoir have distinct functions outside of their simple meanings. Indeed, when used in conjunction with other verbs, these two verbs are called auxiliaries. They then create many compound tenses in French :

When to use avoir as an auxiliary

Avoir is used at the Passé Composé with the majority of the verbs. With avoir, the past participle doesn’t change. We will see shortly the exceptions below.

The same rules apply for the other compound tenses. So, if a verb is using the auxiliary avoir at the passé composé, then it will be the case for : the plus-que-parfait, the conditionnel passé, the futur antérieur, the subjonctif passé.

Using être as an auxiliary

We use être at the compound tenses for all the verbs of the Maison Etre as well as the reflexive verbs.

In addition, when we use être as an auxiliary, the past participle must agree with the gender and number of the subject. The participle is therefore as an adjective.

How does it work ?

Did you know that some verbs can use être and avoir at the passé composé ? You’ll find the list below to avoid any confusion. Indeed, the meaning will change !

Get familiar with the French grammar rules and use these verbs often. That will be easy because they’re used daily in conversations. These two verbs are really essential backbones of French.

Would you like to get valuable skills by learning to respond without hesitation in French ? Contact me today to start your amazing French journey ! 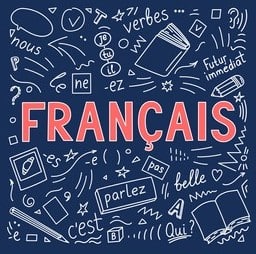